UKInternationalNews
By Catherine Bray On Mar 27, 2019 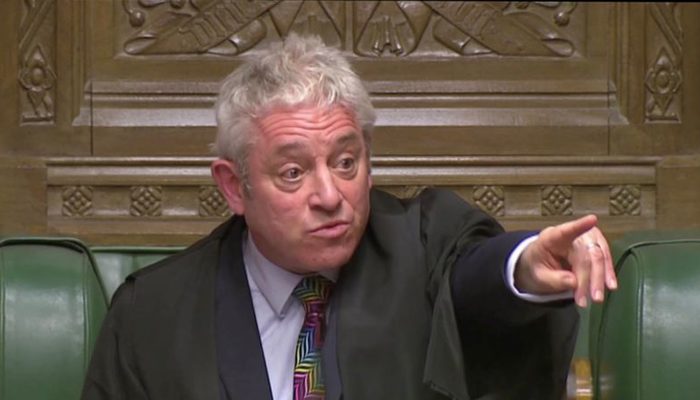 According to Bercow, the government should not merely launch a third vote on the deal without “substantial” adjustments.

“I understand that the government is considering voting for the third time on the divorce agreement,”

Bercow stated in the lower house on Wednesday.

“I would like to make it clear that I expect the government to come up with an adjustment to the agreement.

They should not try to bypass my ruling (from last Monday, ed.) With another motion,” he suggested.

May may still try to organise a third ‘meaningful vote’ this week, despite Bercow’s statement.

The lower house has been called to be present on Friday due to a possible vote.

Should the vote still take place, it is by no means specific that the government will get a majority.

The previous two elections were lost by May, the last one with no less than 149 votes difference.

As a matter effect, it does not seem like May has gained enough votes for a majority.

The Northern Irish tolerance party DUP and the Brexit hawks of the Conservative Party still seem to be against the agreement.

May chose not to write another vote.

“The government cannot resubmit a proposal that is essentially the same as last week’s proposal, which was rejected by 149 votes,” Bercow then said.