LibyaInternational
By Catherine Bray On Apr 7, 2019 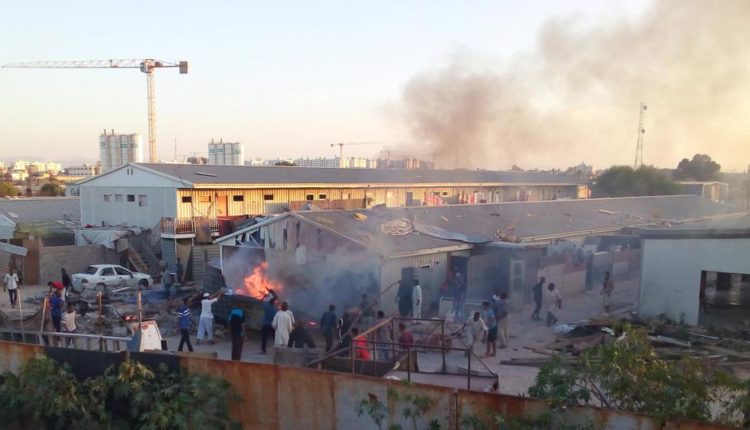 On Sunday, the UN mission in Libya made a vain call for a temporary cease-fire to evacuate wounded in southern Tripoli. There, fighting is taking place between troops of rival governments in the North African country.

Without saying anything about the number of victims, UNSMIL wanted a ceasefire from 4 p.m. to 6 p.m. to allow care workers to do their work but found no response. In the evening the battle continued unabated, including with an air raid.

Eastern warlord Khalifa Haftar, commander of the Libyan National Army (LNA), ordered an offensive against the capital last week. His militias have now reached the southern suburbs. A spokesperson confirmed that for the first time the LNA Air Force also participated in the military actions.

The Tripoli government, which enjoys international recognition, has announced on TV that it will use the counterattack to induce Haftar’s troops to withdraw. The “Volcano of Anger” operation aims at “clearing all Libyan cities from aggressors.”

Libya, once abundant in stones, has been hopelessly divided for years between the militias that have united in the Tripoli government or a rival regime around the city of Benghazi in the east. Haftar, a 75-year-old former army officer, is the strong man there.