AmericaInternational
By Catherine Bray On Jul 17, 2018 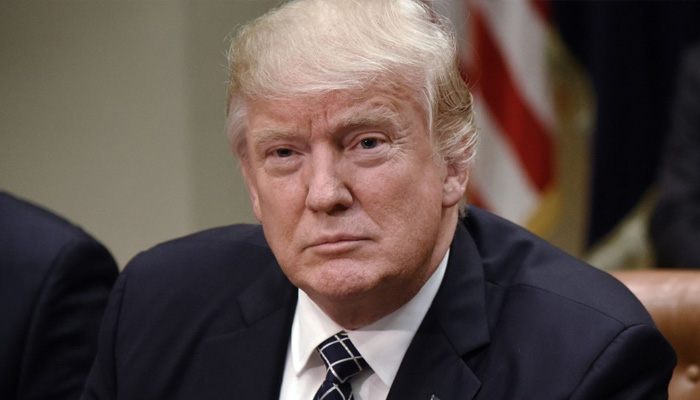 Trump turns 180 Degrees with a Position on Russian Influence. US President Donald Trump turned 180 degrees Tuesday with his position on influencing the US presidential election by Russia.

According to Trump, he meant Monday in the press conference with his Russian counterpart Vladimir Putin the opposite of what he said.

After the summit in Helsinki, Trump was asked whether he believed his intelligence services or Putin as regards this alleged Russian influence. He evaded the question and replied:

“Dan Coats (Chief of Intelligence, ed.) Came to me and stated that he thinks it is Russia, Putin says it is not Russia, I see no reason to believe that Russia would be.”

Tuesday Trump came back to this and said he would have liked to say something else. “I see no reason to accept that Russia would not be”, he would have wanted to say.

Trump got a lot of criticism on Monday after his statements at the summit in Finland, mainly of distinguished members of his Republican party.

The fact that Trump believed Mr Putin’s words rather than the findings of his intelligence services were wrong, for example, with Paul Ryan and Mitch McConnell, the Republican leaders in the House of Representatives and the Senate, respectively.

According to them, Trump should not forget that Russia is an enemy and not a friend of the US. Ryan and McConnell, like almost all political figures, emphasised that the intelligence services speak the truth and not Russia.

Support
The US president spoke to reporters in the White House on Tuesday.

He said that he has complete confidence in the American intelligence services and supports them. He embraces their findings that Russia has interfered with the 2016 elections.

Trump emphasised that, as far as he was concerned, this interference had no influence on the elections he had won.

With an aggressive approach, his government will ensure that the Congressional elections are better protected in November.

Trump also said Tuesday that it is possible that other countries too have interfered with the 2016 elections. That is not true according to its intelligence services.

Clinton
The American intelligence services have provided extensive evidence that Russia tried to influence the US presidential election in 2016.

It happened by hacking the Democratic party and John Podesta, the head of the campaign of Trump’s competitor Hillary Clinton. The goal of Russia was to let Trump win the elections.

Putin said on Monday after the summit in Helsinki that he indeed wanted Trump to become president, but he positively denies that Russia has interfered with the elections in any way.

Trump declared on Monday that he agreed and that Putin “denies it so strongly”. On Tuesday, he said that he meant it uniquely.