Trump Lashes Out At Facebook’s Libra And Bitcoin: ‘Unreliable’ 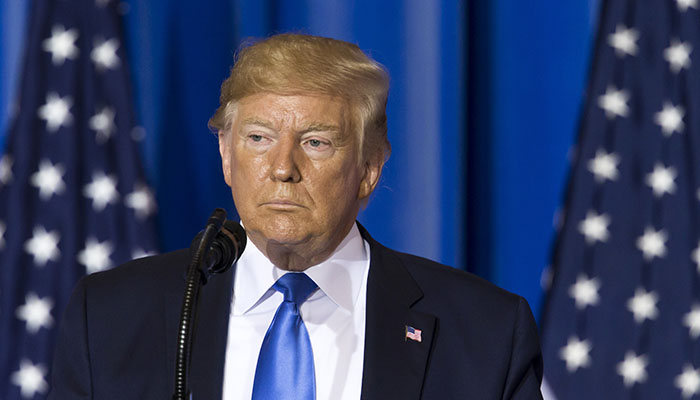 Facebook announced last month that it would launch its crypto coin, but that is not well received everywhere.

The Libra, which will probably be introduced for the general public next year,

must become a different kind of cryptocurrency then, for example, the bitcoin.

Coupled with traditional currencies and, for example, government bonds,

the value must remain much more stable so that it can be used as a reliable means of payment.

Paying with the Libra is not limited to the Facebook environment, but is also possible outside of it via a separate app.

But the fact that Facebook wants to bring a stable currency to the market,

in combination with the gigantic scale on which Facebook operates,

also immediately causes a lot of concerns and criticism of the plan.

Governments and central banks, in particular, are making themselves heard.

“I am not a follower of bitcoin and other cryptocurrency’s,

which are not money and whose value is highly volatile and based on air,” said Trump.

He also has few kind words left for the Libra in particular.

The Libra will have “little stature or reliability.”

“If Facebook and other companies intend to become a bank,

they must apply for a banking license and submit to all banking rules.”

The currency can, therefore, potentially become a stable worldwide payment method outside of governments.

But many people worry about the regulation of the currency.

Many objections from Fed
“I will never accept that companies can become private states,”

French Finance Minister Bruno Le Maire said earlier about the ghost that a stable global monetary unit is in the hands of companies.

Jerome Powell, the boss of the American central bank, has already expressed his concerns publicly.

According to him, the project cannot continue if significant concerns are not removed first.

A working group of the Fed will deal with Libra and objections to the currency.

When it becomes more clear about this is not yet known.

The G7, the group of the most powerful countries in the world, also sets up a working group to assess the risks of cryptocurrency.