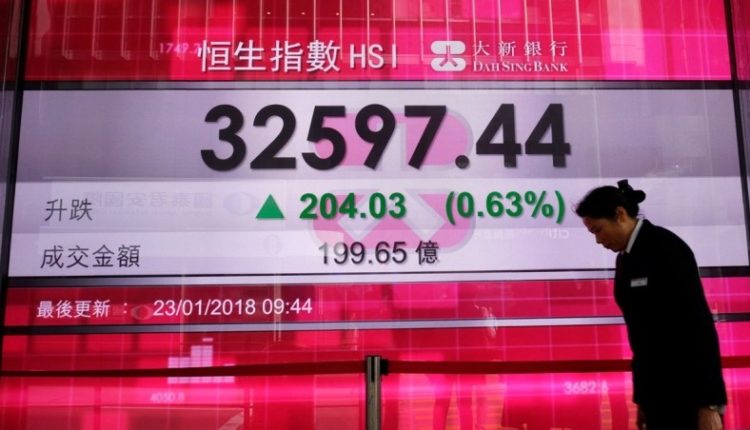 The Asian stock exchanges gained profits on Tuesday. Investors settled on the higher closing positions on Wall Street and monitored the developments surrounding the outbreak of the new coronavirus.

The number of deaths from the virus in China has risen to more than a thousand people, but the number of new infections decreased compared to a day earlier.

In Japan, the stock exchange was closed due to a national holiday.

In the meantime, the stock market indicator in Shanghai rose 0.7 percent. In China, 42,638 people have now been infected with the coronavirus.

According to the authorities, 31,728 people were affected in Hubei province, the epicentre of the virus outbreak. That is an increase of 2097 cases, but considerably less than the more than 3000 new circumstances from a day earlier.

The Chinese automaker announced that it was holding talks to strengthen ties with Swedish Volvo. The Kospi in Seoul increased 1 percent and the Australian All Ordinaries in Sydney ended with a gain of 0.6 percent.