EntertainmentNews
By Catherine Bray On Aug 30, 2019 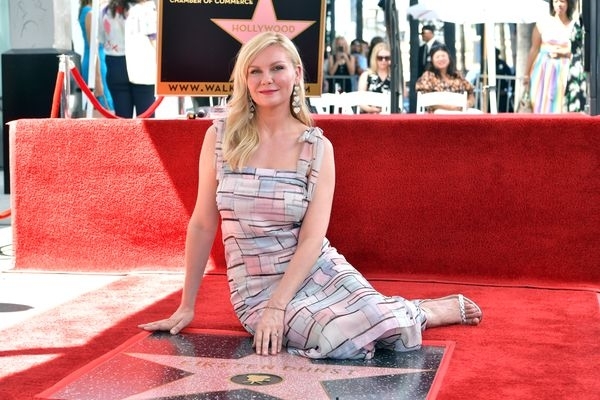 The actress had taken her fiancé, Fargo colleague Jesse Plemons, and their fifteen-month-old son Ennis to the ceremony.

Jesse Plemons gave a speech during the unveiling, as did director Sofia Coppola who worked with the actress on films The Virgin Suicides,  Marie Antoinette and The Beguiled.

The organisation behind the famous star street said: “Kirsten Dunst is one of those talents that people will never forget.

Her films show powerful women, and she is a great role model for women around the world and of all ages.”

Kirsten has been acting since she was six when she was featured in a Woody Allen movie.

She broke through with Interview With A Vampire at the age of twelve, in which she played the children’s vampire Claudia.

In the film, she had a famous kiss scene with Brad Pitt, who is twenty years older.

She was then seen as Mary Jane in three Spider-Man films and was praised for her role in Lars von Triers Melancholia.

Former Stripper Cardi B Was Not In Top Form

Pogba Drops Out Of France With An Injury