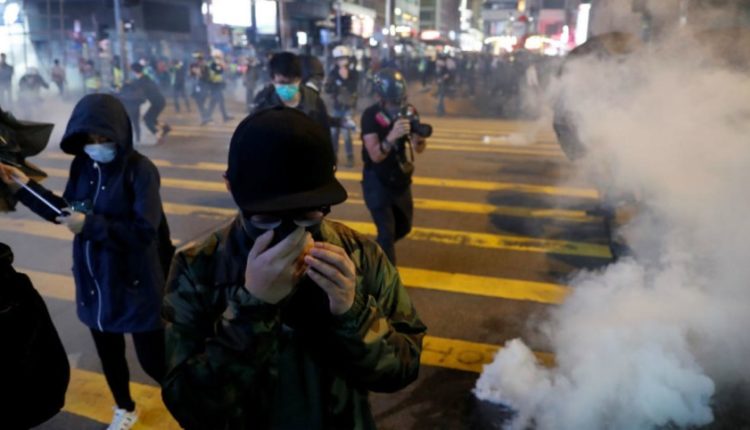 According to various media reports, masked activists invaded shopping centres on Tuesday to protest against the government. Despite several calls from the police, the protesters refused to leave. Around midnight they even wished the cops a “Merry Christmas”.

Shortly after that, however, firebombs were thrown, and the police used tear gas and pepper spray. Various metro stations were closed as a precaution.

According to the South China Morning Post, the protests and riots lasted until the early hours of Wednesday.

The first protests in Hong Kong dated from about half a year ago and were the result of dissatisfaction with a law that allowed more interference from China. That law has been repealed, but in the meantime, a broader protest movement has emerged.

The protesters are opposed to the increasing influence of Beijing and demand more democracy and an independent investigation into police violence at previous events.