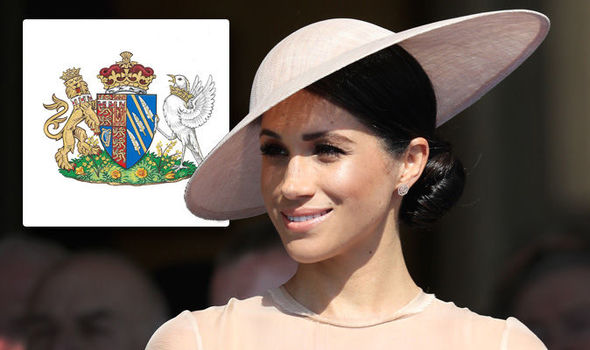 Meghan Markle or Her Royal Highness the Duchess of Sussex – has received her own coat of arms, now that she is married to Prince Harry. The shield was announced today by the British royal family and has a lot of references to her former home in California, writes 99 News.

The coat of arms has a blue background, which must represent the Pacific Ocean. On the right side, there are two golden lines, standing in front of the sun. Both refer to California, the American state where Meghan Markle grew up.

Under the coat of arms, there are golden poppies, the Californian state flower. Although there is also the melon tree, a flower that grows on the domain of Kensington Palace.

But in addition to references to California, attention is also paid to the power of the word. For example, the three springs on the right side of the shield symbolise this. But there should also be a reference to the bird on the right – which Meghan Markle himself has to propose. The bird is open with its mouth, which should be a symbol of the power of communication.

The shield was designed by The College of Arms and could only be shown to the world after Queen Elizabeth had given her permission.