ManchesterGreater Manchester
By Catherine Bray On May 22, 2018 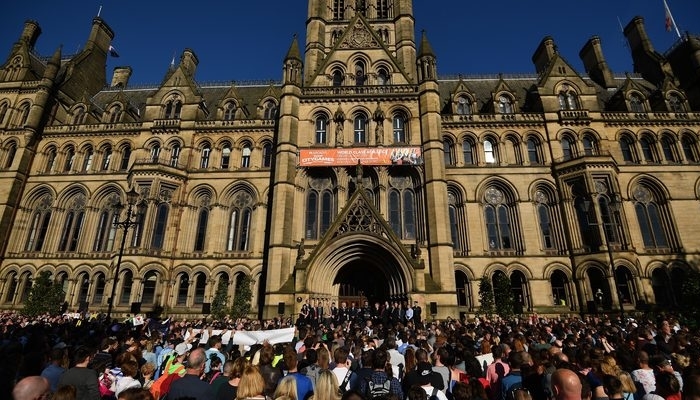 Manchester commemorates Bomb Attack after last year’s Ariana Grande Concert: In Manchester, on Tuesday afternoon the suicide attack was remembered after a concert by Ariane Grande. It is exactly a year ago that 22 people lost their lives in the attack.

The people who died during the attack remembered during a memorial service in Manchester Cathedral. Among those present were surviving relatives and victims who survived the attack, writes iStorify.

At 14.30 local time followed a minute of silence throughout the country.

Ariana Grande
On 22 May 2017, the suicide attack took place and killed 22 people at Machester Arena. More than a hundred people were also injured. At the moment of the attack,

the concert of Ariana Grande had just ended. Among the victims were seven children, including a girl of eight years old.

The singer herself was not being at the commemoration but left behind a message via Twitter.