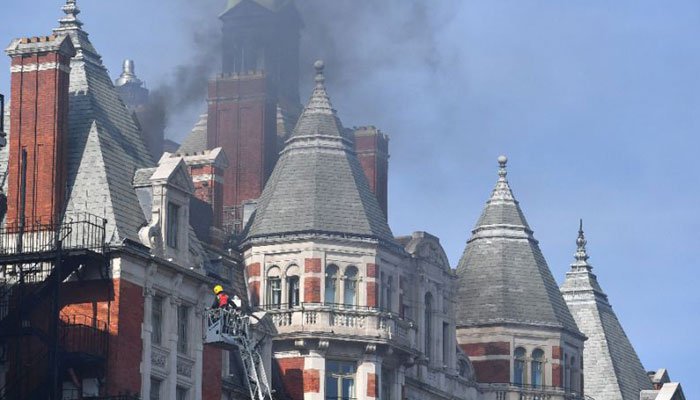 The London Fire Brigade (LFB) Said that the blaze reached several floors of the hotel, But promptly extinguished, the Forbes News reports.

Reportedly, 120 firefighters and 20 engines were sent to the 12-storey building in William Street, near Hyde Park.

LFB spokesperson mentioned that the cause of the fire is not yet known, But they will remain at the scene through the night.

Ambulance service and the Met Police also attended, Fortunately, no reports of any injuries.