SportsInternationalNews
By Catherine Bray On Jul 16, 2018 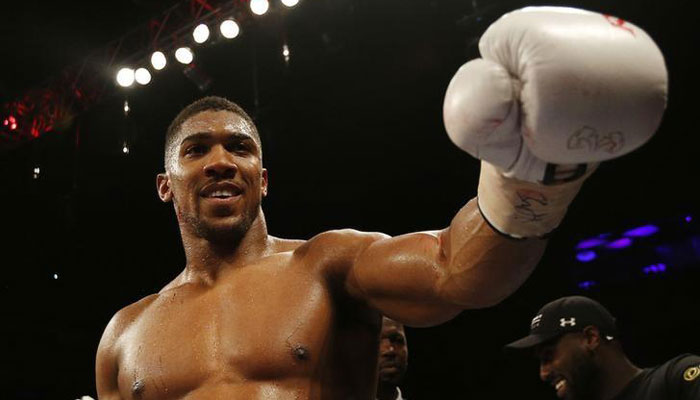 Joshua Finally jumps to Wembley in September Against Povetkin. Anthony Joshua finally battles on Wembley against Russian Alexander Povetkin on 22 September for the world title in heavyweight. The Brit defends his championship belts of the global federations WBA, IBF, WBO and IBO.

The fight between Joshua and Povetkin is not surprising. Reports about a clash between the two had been around for a while.

Joshua’s promoter Eddie Hearn said two weeks ago that the upcoming opponent of his athlete is known, but he refused to go into names.

If Joshua wins against Povetkin, he will most likely take on the American Deontay Wilder on April 13, 2019, with the world titles of all major professional boxing federations (IBF, WBA, IBO, WBO and WBC).

March
The 28-year-old Englishman came into action for the last time at the end of March. At the Principality Stadium in Cardiff, he then extended his world titles at the IBF, WBA and IBO against New Zealander Joseph Parker.

“I can not wait to get back in the ring, but it feels like a long time back in March”, says Joshua in conversation with Sky Sports.

“Povetkin is going to be a serious challenge, which I will plan to perfection, he has a perfect background, and only a fool will undervalue his qualities.”

Joshua boxed in April 2017 for the first and so far last time at Wembley. He was then too keen to knock out Ukrainian Wladimir Klitschko, which secured the IBO, WBA and IBF belts.

Caterer in Dubai Builds the Largest Vertical Farm in the World