PoliticsInternationalNews
By Catherine Bray On Sep 20, 2018 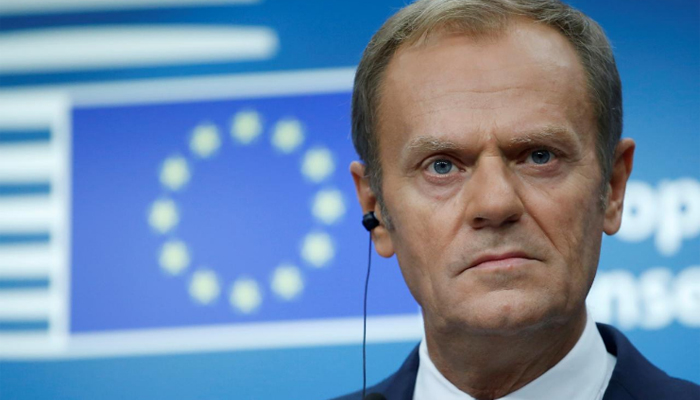 European Council: Mays Brexit plan has no Chance of Success. The 27 European member states that remain after the Brexit do not see anything in Theresa May’s Brexit plans.

The President of the European Council, Donald Tusk mentioned that the so-called Checkers plan of the British prime minister warns to weaken the European internal market.

“Everyone agreed that the proposed economic cooperation plan would not work,” said Tusk, who also indicates that there are also some positive factors in May’s plans.

Tusk made his remarks after the informal meeting of European heads of government in Salzburg, Austria.

He gave the British four weeks to come up with a new plan.

Without a deal where both the British and the remaining EU member states agree, the Brexit is based on a ‘hard’ Brexit without a transitional period.

It is already sure that the British leave the European Union on March 29, deal or no deal.

In July May presented her Brexit plan, which can be seen as a ‘soft’ Brexit; the prime minister desires to keep a trade relationship with the EU from the European Union.

Although according to the plan a line would be set by free-traffic, May still wants free movement of goods.

Other leaders believe that May with this plan only wants the lust and not the burden of the European Union.

“Then we demand maximum progress and results in the Brexit negotiations.”

At an extraordinary summit in November, only the last few ends would be tied together, according to Tusk.

A precondition for the EU is that a solution is found to prevent a hard border between Ireland and Northern Ireland.

German Chancellor Angela Merkel revealed Thursday that there is still hope for a Brexit deal.

There is a lot in Mays plans in which the EU member states can also find themselves, according to Merkel.

“A lot of work needs to be done in the area of future trade relations.”

Several ministers, including Brexit champion Boris Johnson, left after the presentation of her project.

She responded to her party members this week that it would be her deal or no deal. That does not seem right now.

According to estimates by the UN organisation, the British economy will grow by 1.5 percent in 2018,

and 2019 if there is a broad agreement between the United Kingdom and the European Union.

With a so-called ‘no deal Brexit’ the growth will be lower. The chance of such a scenario seems to increase every day.