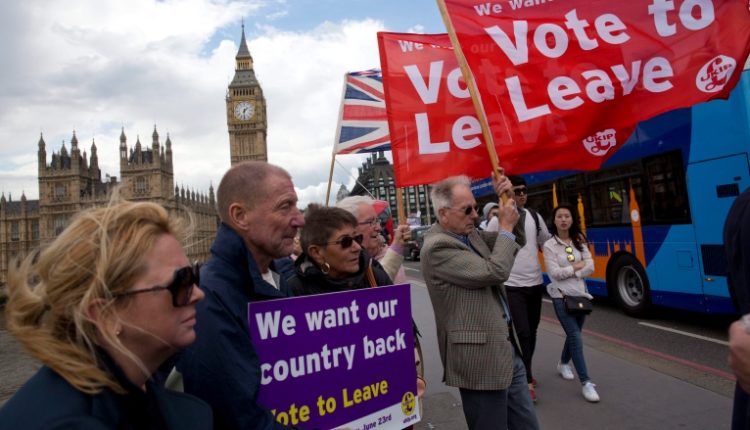 Election Committee: Cambridge Analytica has not Influenced Brexit. Leave.EU, a British group that campaigned for the Brexit, is being fined for the incorrect reporting of their expenses during that campaign, after an investigation by the British Election Commission. The report shows that Leave.EU has not received any donations or paid services from the controversial data company Cambridge Analytica, which has misused data from millions of Facebook users.

Cambridge Analytica is accused of having influenced not only the American but also the Nigerian and Kenyan election campaigns through manipulation and spreading fake news. Soon the question was asked whether it would have affected the Brexit referendum in an illegal way, writes CNN News.

However, the report of the election committee shows that there is no link between Cambridge Analytica and Leave.EU. The relationship between the two would not have gone beyond exploratory contracts.

The election committee imposed a fine of around € 80,000 on Leave.EU because the lobby group reported incorrectly about its expenditure and severely exceeded the spending limit.

The lobby group had a maximum budget of almost 800,000 euros, and according to their reports, it was around 8,000 euros below this budget. After research, it turned out that she spent up to 87,000 euros above the maximum permitted budget.

The committee also investigated whether the Leave.EU group did not receive any other disproportionate contributions. She examined whether or not Arron Banks, the co-founder and largest financier of Leave.EU was the only source of loans to the campaigners.

Research showed that the donations from Banks, for more than 6.8 million euros, were not correctly reported. Furthermore, it became clear that criminal offences were committed by Liz Bilney, the CEO of Leave.EU. She was referred to the police.

Leave.EU was founded by British millionaire Arron Banks in 2015 to defend an exit from the UK from the EU. The Leave.EU movement, supported by the figurehead of the Eurosceptic UKIP party, Nigel Farage, was not chosen by the election committee as the official campaign of the pro-Brexit camp.

However, the movement did determine the Brexit referendum and encouraged many Britons to vote in favour of the Brexit. It is still very active on social media, and it calls for a hard Brexit.