PoliticsNews
By Catherine Bray On May 8, 2018 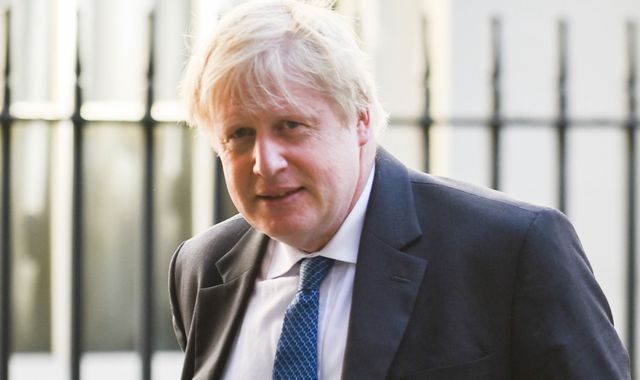 Boris Johnson to May: Post-Brexit Partnership with EU is Insane. After the Brexit a new customs partnership with the European Union? A “crazy” idea, British Foreign Minister Boris Johnson described the concept of Prime Minister Theresa May in an interview with the tabloid The Daily Mail. It again shows the divisions within the conservative government about the direction of the Brexit.

The new customs partnership is based on the idea that Britain will continue to collect customs duties on behalf of the European Union for goods entering the country in transit, but destined for the European mainland. British Customs could then apply their rates to products with the final destination in Great Britain.

According to the Town News, May presented the idea last week during a meeting of her so-called “war cabinet”. Although a majority of the heavyweights in the conservative government rejected the track, the idea remains on the table according to the environment of the prime minister. It could offer prospects for avoiding the reintroduction of border controls between British Northern Ireland and Ireland.

But Johnson does not want to know about it. The method is “totally untested and would make it very difficult to conclude free trade agreements”, he says in The Daily Mail. Johnson speaks of a “crazy system”. “If the EU decides to impose punitive taxes on something that Britain wants to introduce cheaply, then you can not do anything about that, which is not what we mean by regaining control over our trade policy, our laws, our borders ( …) and our money, because the rates are paid to Brussels “, he explains.

Johnson was one of the Brexiteers who won a referendum on the EU exit in June 2016. The hard-liners in the government advocate the so-called ‘max-fac’ formula, which relies on technological support to limit border controls to a minimum. Although the European negotiators look at both pistes with suspicion, a spokesperson for May confirmed again on Tuesday afternoon that both are “feasible”. He pointed out that the ministers agreed to find solutions to the problems posed by both runs.

In the meantime, the European Union is still waiting for a concrete British proposal on future relations, and in particular about customs cooperation after the Brexit. In June, the European Heads of State or Government will once again turn their attention to the issue.