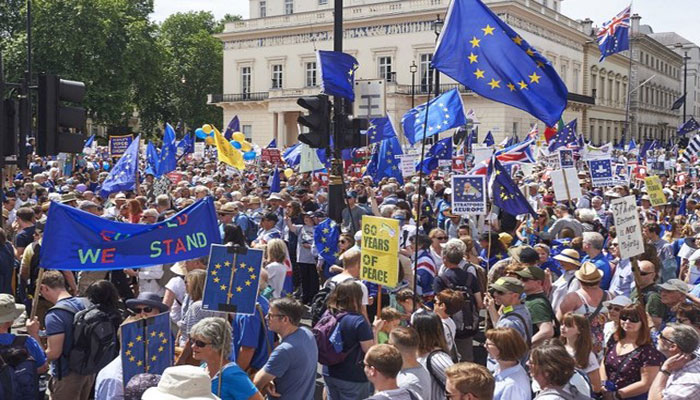 At least 100,000 People at a Demonstration Against Brexit in London. Over a hundred thousand people have demonstrated against the Brexit on Saturday in London. They are against the departure of the British from the European Union. They made clear with flags and banners among other things.

The number of participants counts from tens of thousands to more than a hundred thousand. The demonstrators demand a second referendum on the Brexit, posted by the Right News.

Opponents of the Brexit mention, among other things that the departure of the British has significant financial consequences.

The analysis team of the pro-European London think-tank Center for European Reform (CER) concluded earlier on Saturday that the Treasury lost 22 billion pound in tax revenues due to Brexit.

The cause of this is according to the think tank the dilemma that the Brexit entails; this would have caused an economic dip of 2.1 percent.