TechInternationalNews
By Catherine Bray On Jul 16, 2018 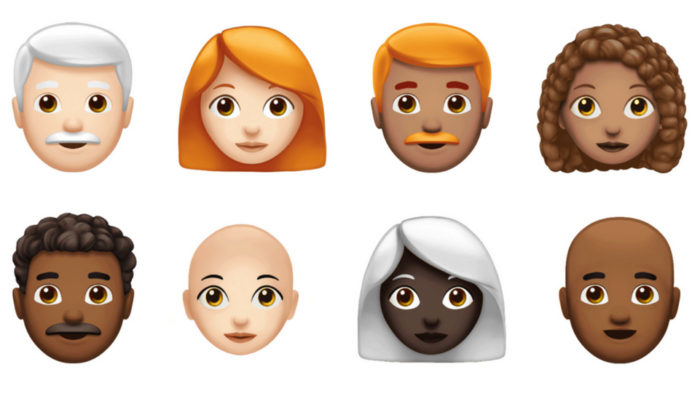 Apple adds Superheroes and more Hairstyles to Emojis. Apple announces that more than seventy new emojis will be added later this year. Among them are various hairstyles for human faces.

The new emojis should appear later this year as part of a free update for iOS, watchOS and macOS. Apple announced that on Monday. They will probably be added to iOS 12.

The images have already approved in Unicode 11.0, the new standard for emoji. The faces can be modified with different hairstyles, such as curls and red hair.

A bald head is also possible. Furthermore, images of generic superheroes are available.

There are also new types of face present, such as a frozen face, a party head and a face that sits beneath the hearts.

Animals are also added as a kangaroo, a parrot and a lobster.

It is not known precisely when the emoji’s are entering iOS.

Earlier this year, Apple presented a proposal for thirteen new emojis with a disability.

These added pictures of a doll in a wheelchair. It is not clear whether those emoji are coming.

Airbnb Must Adjust Its Rental Conditions To EU Rules