LibyaAfricaInternational
By Catherine Bray On Jul 16, 2018 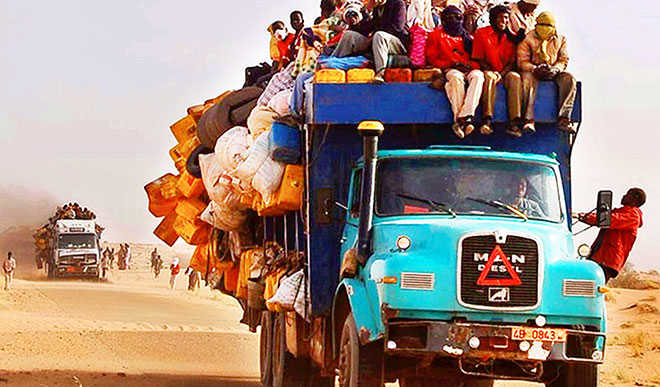 A hundred migrants were found in Libya in a refrigerated van. The Libyan authorities also found eight dead, including six children. This is reported by the security services of the Libyan city of Zouara.

The refrigerated van was parked in the outskirts of Zouara, a town west of Tripoli on the Mediterranean.

The region is considered a vital transit zone for migrants who want to travel to Africa from Africa via the Mediterranean.

‘We were notified of the suspect truck,’ says a spokesman for the local security services. ‘In the refrigerated van, we found a hundred migrants, all exhausted and starving.

There are also eight dead: six children, a woman and a man. “All migrants were transferred to the hospital.

According to the same source, the migrants came mainly from Bangladesh and Pakistan. They would wait for a boat of people smugglers to make the crossing to Europe.