NewsEngland
By Catherine Bray On Jul 1, 2018 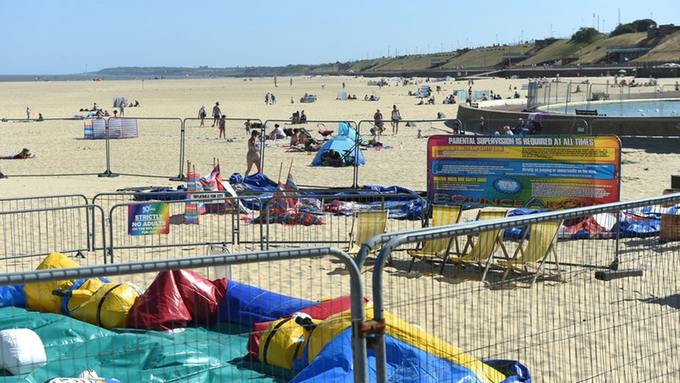 A British girl Died after being Thrown from ‘ Exploding’ Bouncy Castle in Britain. A British girl died on Sunday morning after being thrown away from a bouncy castle on the beach in Norfolk. Down Town News stated, according to eyewitnesses, the bouncer exploded.

Reportedly, an incident occurred around 11 am. The child was grievously injured and taken to the hospital but later died.

Because of the hot weather, many people were on the beach when this accident happened.

One of the eyewitnesses said that the girl was thrown into the air after the explosion.

Nothing has been found yet about the aspects of this occurrence. Local police have submitted part of the beach for investigation.