InternationalNews
By Catherine Bray On Jan 4, 2020 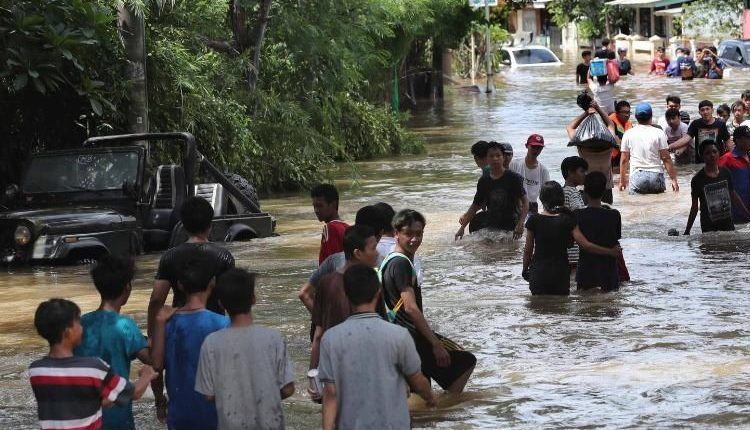 53 bodies of flood victims have already been found in and around the Indonesian capital Jakarta. Hundreds of thousands of people have had to leave their homes. Moreover, more rain is expected, and the city is gradually sinking into the sea.

In recent weeks, the area of Jakarta and the west of the island of Java have been plagued by heavy rainfall. It was supposed to be the most torrential rain.

Several large rivers flow into the sea in the vicinity of Jakarta, and they have fallen off their shores since New Year’s Day.

Large parts of Jakarta and suburbs such as Bogor have been flooded. In some places, the water level rose by three to four meters and in some areas that were even six meters.

A total of at least 53 victims’ bodies have already been recovered. Most of the dead were drowned or killed by electrocution or landslides.

More than 300,000 people are said to have left their flooded homes and the reception of those people is complicated and chaotic.

These are usually people from poor and lower-lying areas who are often underwater. They are typically taken care of by family, but those family members are now in need.

First British Astronaut in Space: Aliens Exist and are Possible on Earth